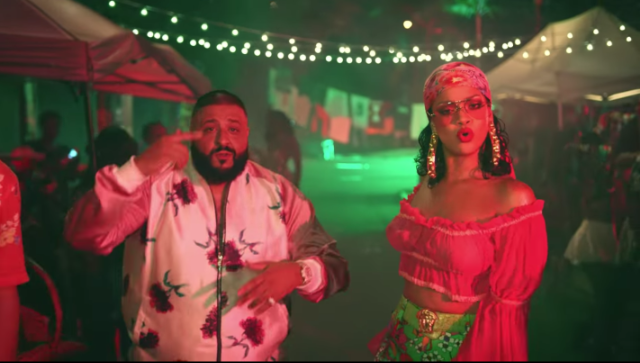 20 – Castle on the Hill by Ed Sheeran

“Shape of You” brought Ed Sheeran front and center of the global stage. But it was “Castle on the Hill” that made his music feel closer to home. We all need that breather and reminder. It ends up being no brainer that the song that breaks away from the mold of pop music today will provides us the departure we need from everything already built in our system and flowing in our everyday rhythm. Here’s a song for our roots and our home.

19 – It Ain’t Me by Kygo featuring Selena Gomez

Most heartbreak anthems that make it big fume of anger and resentment. Kelly Clarkson and Pink have perfected this craft and capture it beautifully in their words and arrangements. Selena Gomez neither possess the same vocal range nor known for pop-rock melodies. She does have a delicate and toned-down voice, placed over a tropical and understated EDM mix, that seems to hit harder. There’s no better revenge than being composed amidst a heartbreak and a declaration of separation.

French Montana once mentioned that the feelings a song evokes is far more important than the words in it. The latter, he can easily modify. But the instinctive reaction he gets determines his connection. For the most part, I subscribe to his worldview. I understand why he decided to put the addictive beat on loop for the entire duration of the song. If it works, why fix it?

We don’t glorify Little Mix as much as TLC or the Spice Girls. But, this girl group is three successful albums in and have managed to release a string of hits that have become integral to pop culture and our everyday lives. “Touch” is Little Mix’s most sexual song to date. But what has remained consistent is how infectious and dancefloor-friendly it is.

16 – Sorry Not Sorry by Demi Lovato

Am I the only one who thought the Disney kids would have short-lived careers? Yet, like Selena Gomez and Miley Cyrus, Demi Lovato is still churning hits and brings one of 2017’s most memorable anthems. Demi Lovato knows the angsts we possess and the many times we’ve been asked to rethink our “mistakes” but didn’t want to. It is an often thought of but rarely communicated phrase, “Sorry, not sorry”, that has now been immortalized in a song. The display of her incredible range just adds fuel to the fire.

Childish Gambino is the perfect poster boy for experimentation this 2017. Not only was he able to break out of rap and transition into R&B. He managed to infuse influences of psychedelic funk into his music. And we have a vocal that sounds like the result of auto-tune but in reality was just a different singing style. An African American engaging in a relationship with a redbone might be the pair-up we should celebrate. But the musicality of the entire single is the biggest thing to root for.

I attribute my appreciation for this track as my tendency to romanticize the past. Most of us were once at that state – young, dumb and broke. Looking back, it’s funny now. But at one point, it seemed like the entire world was going to collapse. Props to Khalid for giving us a pause to relive the memory that made us who we are now.

Clean Bandit’s Symphony is one of those tracks you hear everywhere and get to appreciate as time passes by. You’ve heard it on Today’s Top Hits in Spotify. DJs and clubs have it as a staple offering in their playlists. And if you listen to the radio, you’ve probably noticed it’s always on rotation. But its beauty is in no way diminished by the constant exposure it receives. I guess we have space for a lot more symphonic music in EDM, or in general.

There’s something about Rihanna. Before “Wild Thoughts”, I’ve never had the affection for Santana’s “Maria Maria”. Maybe it was a case of the wrong vocal paired up with the right guitar riffs. Now, I have respect and passion for the instrumentation originally composed by Santana, as well as the words and additional production by the trio credited in the track.

After their sophomore album Smoke + Mirrors failed to make a significant dent in mainstream music, I felt Imagine Dragons would have a hard time reclaiming their place in people’s consciousness. But Evolve has demonstrated their capacity to change sounds and experiment sonically. Believer is unlike anything out there on the radio. And the same is true for Thunder. These two tracks would end up ushering a new era for the band, as well as for their fans.