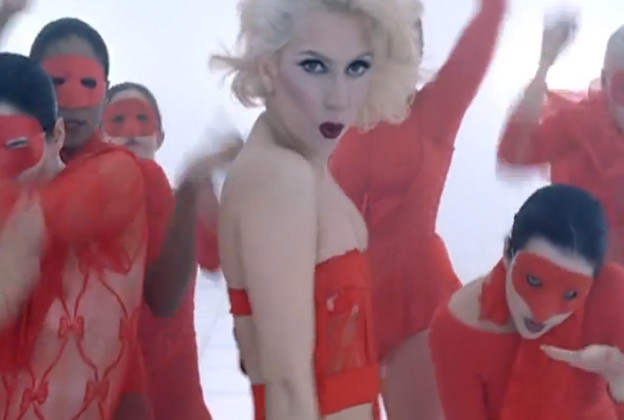 Lady Gaga started owning the airwaves in 2008. Is it just me or do you also get the feeling she’s been around longer? She has built a career many artists will never accomplish given an entire lifetime. Here is my definitive ranking of her singles discography. Catalog and feelings are updated as of June 2019. The list excludes her collaborations with Tony Bennett.

The first two singles from Artpop saw Lady Gaga going in a different direction. In comparison to her first three albums, the public’s reception was underwhelming. She switched gears and went back to the EDM sound people fell in love with.  “G.U.Y.” can be mistaken as a leftover track from The Fame. That’s not bad if the release happened six years earlier. Even Zedd as a co-writer and co-producer didn’t help.

If Ally from A Star is Born existed in real life, “The Cure” is how I’d imagine her records to sound like. Lady Gaga’s words are clearly inspired. But the production she opted for could not be any less derivative and generic. She may have wanted to win radio over. But that implies she’s not standing out and is offering nothing distinct. The end result was the same – a lukewarm reception to an effort that’s far from her best.

Among Lady Gaga’s singles, “Joanne” is one of her biggest commercial disappointments. Luckily, critical acclaim isn’t a numbers game. The track won a Grammy for Best Pop Solo Performance, besting Ariana Grande and Camila Cabello at the height of their careers. The song is a haunting ode and a touching tribute to her aunt that passed away from lupus. The vulnerability she demonstrates showcases her impressive versatility.

Pop artists get criticised for their indifference to social issues. But that shouldn’t apply to Lady Gaga. Not only has she spoken up on several occasions. She made sure her voice is heard through music that sparks important conversations like campus rape. For pundits, “Til It Happens to You” was a lock to win the Academy Award for Best Original Song. Sam Smith pulled off an upset and the Gaga loss remains to be one of the night’s big shockers.

If Lady Gaga attempted to recreate the music of Ace of Base, “Alejandro” would be the output. While inherently a dance track, the song’s pace is slow and the dependence on heavy production disappears. For all the influences she incorporated in the track, the result was underwhelming. The video went to extreme lengths to make up for the beat. But at this point in Gaga’s career, swallowing rosary beads was mild.

Perhaps one of Lady Gaga’s most iconic lines is “I wanna take a ride on your on disco stick”. Those cheap but effective words are the best contribution of “LoveGame” in pop history. When remembering her early work, the song is far from the highlight. There’s nothing groundbreaking about it. But the track is a reminder of her capacity to churn out dance music that owned clubs around the world.

Part of what gravitated me to Lady Gaga’s music was the desire to relive the disco era. “Dance in the Dark” screams of retro and new wave dance music. This would’ve owned radio in the 80s. It’s a pity that the record company selected “Alejandro” as the third single from The Fame Monster. Not only is this track a superior composition. The nostalgia it provides would’ve easily made the public a sucker for it.

When “Applause” was released, nothing on her catalog or on the radio sounded like it. The choice was bold. She started experimenting with a new formula. As a result, the commercial performance of her singles started to suffer. Creatively, I applaud her for taking a step in reinventing her music. The song may not have broken records. But it allowed Gaga to break out of a style she was boxed into.

Many of Lady Gaga’s ballads are found in highly conceptual and often dance-leaning records that you forget she’s responsible for “Speechless” and “You and I”. But A Star is Born is a film about music. The soundtrack is broken down to its bare essentials. “Always Remember Us This Way” is a simple but effective demonstration of Gaga’s talents and how little she needs production to deliver a hit.

If the producers of Mad Max asked Lady Gaga to record a song for the film, “Perfect Illusion” would’ve been perfect. While I maybe using the terms loosely, this is Gaga at her most rock and the edgiest her sound has been. She is filled with so much adrenaline that her vocals are on fire and on blast. I’m happy she released this as a lead single. But I’m worried her voice would be strained if she performs this repeatedly.

The reaction to “Eh, Eh (Nothing Else I Can Say)” has been divisive. In comparison to all other songs on The Fame, the track is chirpy, cheerful and lightweight. For the same reason people dislike the single, the stark contrast is why I love it. The sound is a refreshing tune to hear in an album full of sex and danger. Even when Lady Gaga takes a different approach, the urge to dance to her music stays.

There’s no doubt in my mind that Lady Gaga is a dance goddess. But she’s also proven to be quite the balladeer. She has mastered the craft. “Million Reasons” is a welcome addition to a string of hits that prove her skill isn’t a fluke. Overall, the song is the cheesiest among her compositions. Stripping down the production to its bare essentials was created for the hopeless romantic to swallow hook, line and sinker.

“Judas” was a masterpiece ahead of its time. When the song came out, many people began to question whether Gaga’s actively seeking controversy to generate attention for her music. The reception wasn’t kind then. Nowadays, people understand the best thing about the single is how over the top the production is. The track is a disco beat on steroids and takes you to a dimension beyond comprehension.

Lady Gaga made the right choice by disassociating herself with the version featuring R. Kelly. I understand why she collaborated with the singer. But Christina Aguilera’s guest vocals on The Voice proves that the R&B vibe Gaga was going for could be attained without a sexual offender being credited. Add to that, the diva pairing allowed the public to witness another display of great women helping each other out and creating history.

Nowadays, I hear less horror stories about the paparazzi. I don’t know if the situation has changed for the better or we’re simply desensitised to them. But back in 2009, Lady Gaga was clever enough to use them as inspiration for “Paparazzi”. Not only was the outcome trashy good. She also took a risk by releasing a midtempo track. I wasn’t sure whether the song will face similar success as her prior uptempo ones. Thankfully, it did.

Stans cry for justice when the public fails to acknowledge the great work of their idols. In my view, “Marry the Night” is the most underrated work of Lady Gaga. Not only does it deserve success. The song requires adoration from critics who review her catalog. I could list reasons why I feel this is amazing (the Mama Mary play on words, the bridge breaking out to a dance beat, etc.). But I suggest a listen if you feel differently.

I love Madonna more than I do Lady Gaga. But from an objective standpoint, I feel “Express Yourself” and “Born This Way” are dissimilar enough. Credit has to be given to Stefani for creating an infectious and inspirational track. Many musicians feel the need to create anthems for social movements. But only few succeed. I believe Lady Gaga created a masterpiece that people can jam and rally around to.

I don’t know who Colby O’Donis is. But his biggest contribution to the music industry is being featured in Lady Gaga’s debut single. The song may not have aged as well as “Bad Romance” or “Poker Face”. But the track has a special place in my heart for being the original. I remember my reaction every time this played. when I was still attending university. There was no way I wouldn’t get into the dance floor, even if there’s none.

By 2018, Lady Gaga was turning into a legend. She had the industry’s respect but she was incapable of making contemporary hits. Along with her newfound success in A Star is Born, “Shallow” came out at the end of the year. She dominated the charts globally. She disproved many who thought her career was over. The song reminds us that the road to reclaiming glory isn’t paved with publicity stunts and heavy promotions.

Collaborations of epic proportions are bound to disappoint. If you need examples, just look at “Beautiful Liar”, “Can’t Remember to Forget You” and “Video Phone”. Surprisingly, “Telephone” works. The sum of its parts can be greater. The song captures the sound of these two women at the top of their pop game. I can’t imagine either coming back to create similar music. But the single should be enough blessing for this lifetime.

Lady Gaga pushed all the boundaries she saw. She wore a meat dress, invoked Biblical figures, and released one epic video after the other. Just when you thought she couldn’t keep our interest alive, she reinvented herself. “The Edge of Glory” is about the music and nothing else. The vocals, the melody and the songwriting were topnotch. The trumpets were a nice touch to what was already a heavenly piece.

“Just Dance” and “Poker Face” were the classics that launched Lady Gaga’s career. But what sets the latter apart is my introduction to a woman who was bold and willing to be different. At that time, nothing on the radio sounded like it. Then, the emerging sound  was EDM pop. Lady Gaga took the direction a step further and infused intergalactic senselessness that turned people crazy and hooked.

If I ever get married, I would highly consider “You and I” to play at the reception. Everyone knew Lady Gaga was capable of creating damage on the dance floor. But who would’ve thought she could write one of the best love songs in modern history. The track signified a transition from a publicity magnet to a powerhouse artist capable of doing whatever she pleases to do.

When Lady Gaga reissued The Fame, I wasn’t expecting her to release material superior to the first. But she did. The greatest Gaga single came from the follow up and it is “Bad Romance”. The song embodies the reasons why I fell in love with Mother Monster – crazy dance music, out of this world video, unforgettable choreography, random syllables that don’t seem to make sense, and a sense of danger and fun.